A rebrand that shows Mondello’s
still in the fast lane 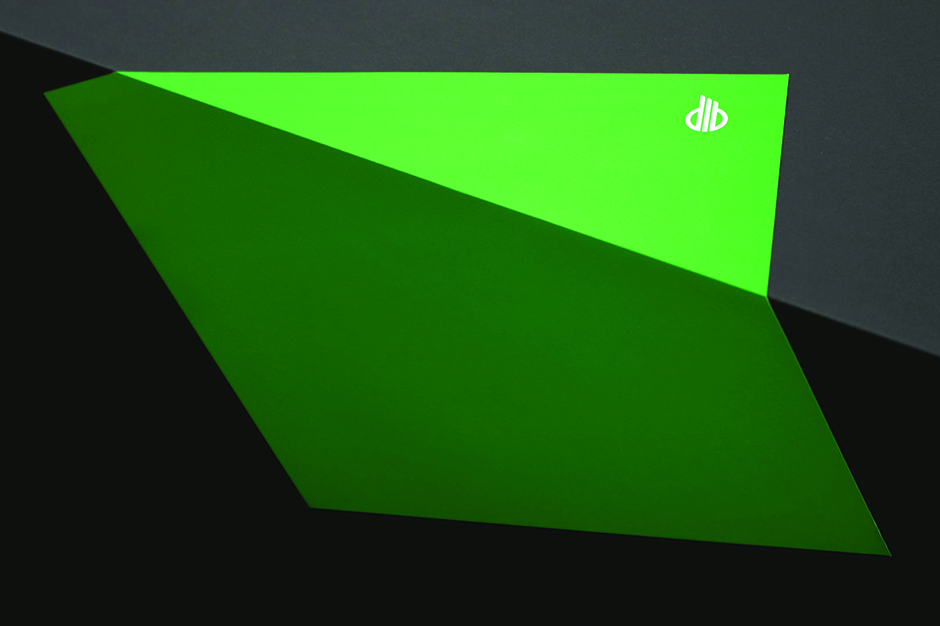 Get Your Motor Runnin’

A name synonymous with the great and the good of Irish motor sport since 1968, Mondello Park’s brand had, naturally enough after so many decades on the circuit, become outdated and no longer reflected the business as it is today.

bigO was tasked with revving its engine again with a rebrand that accurately portrays the modern Mondello Park as the leading and vibrant multi-activity venue it’s grown to be, almost 50 years later.

Sleek, luxurious, and ready to roll; with the new logo design, Mondello’s identity as leader of Ireland’s fast pack is unmistakable 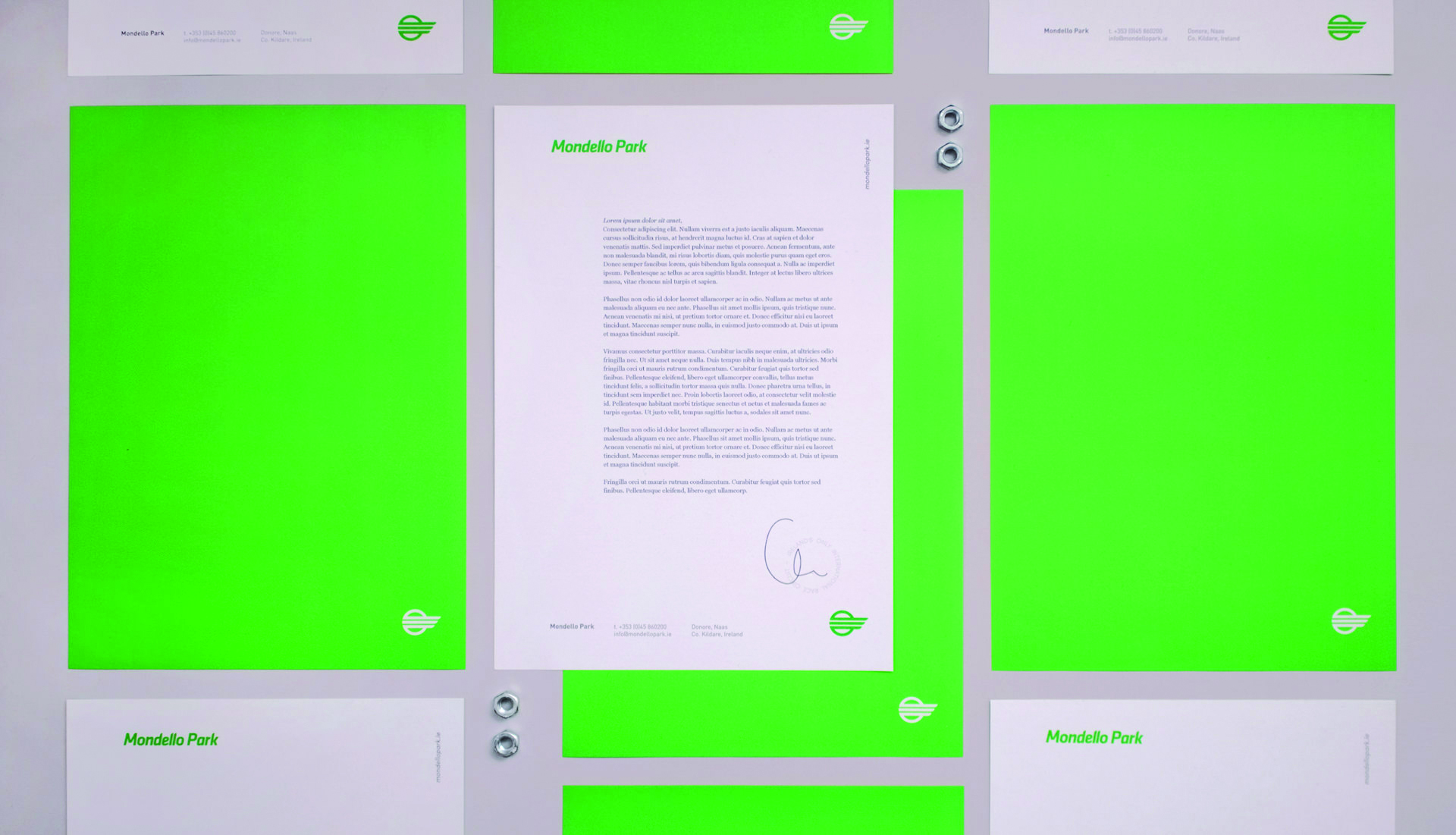 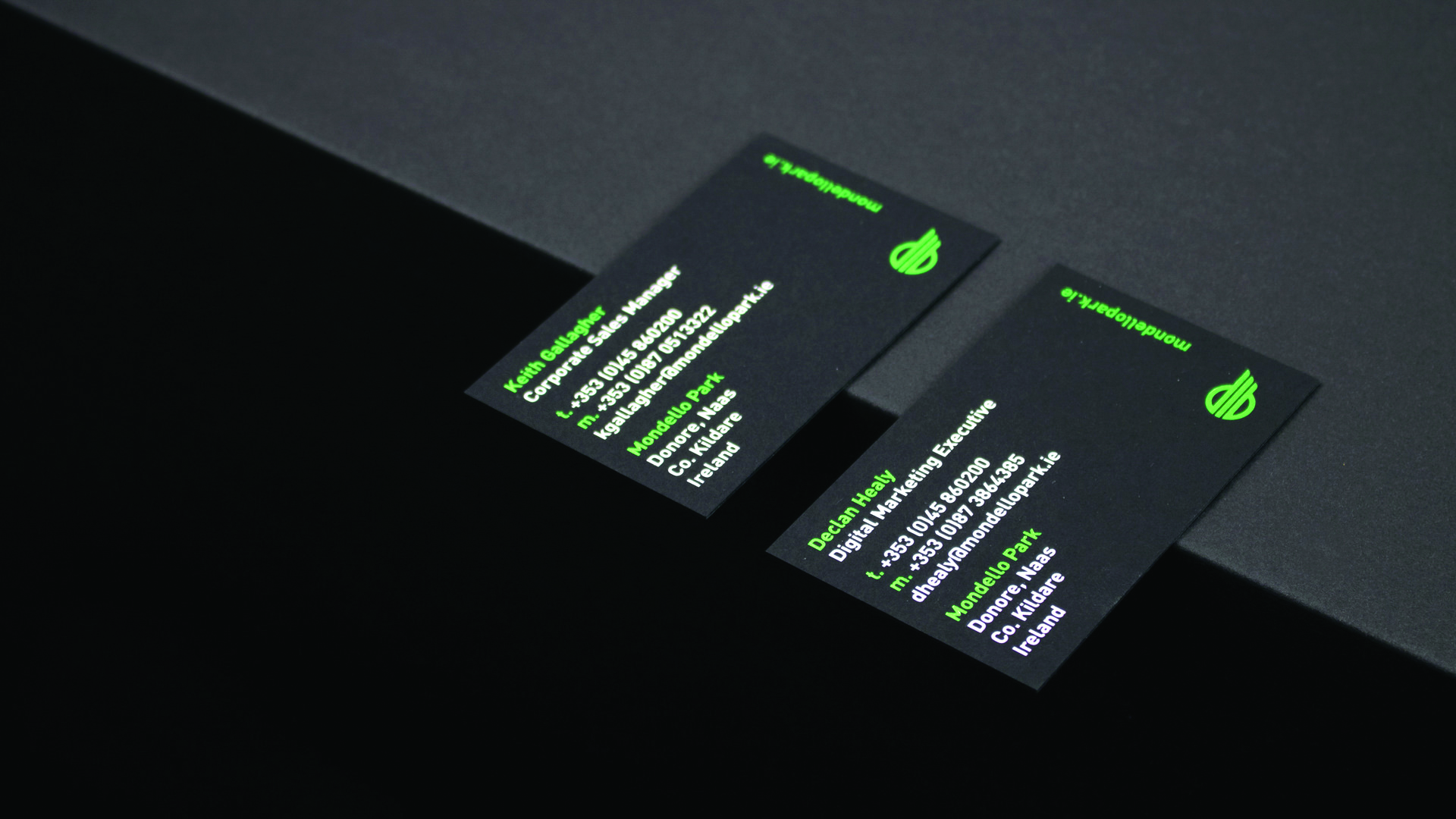 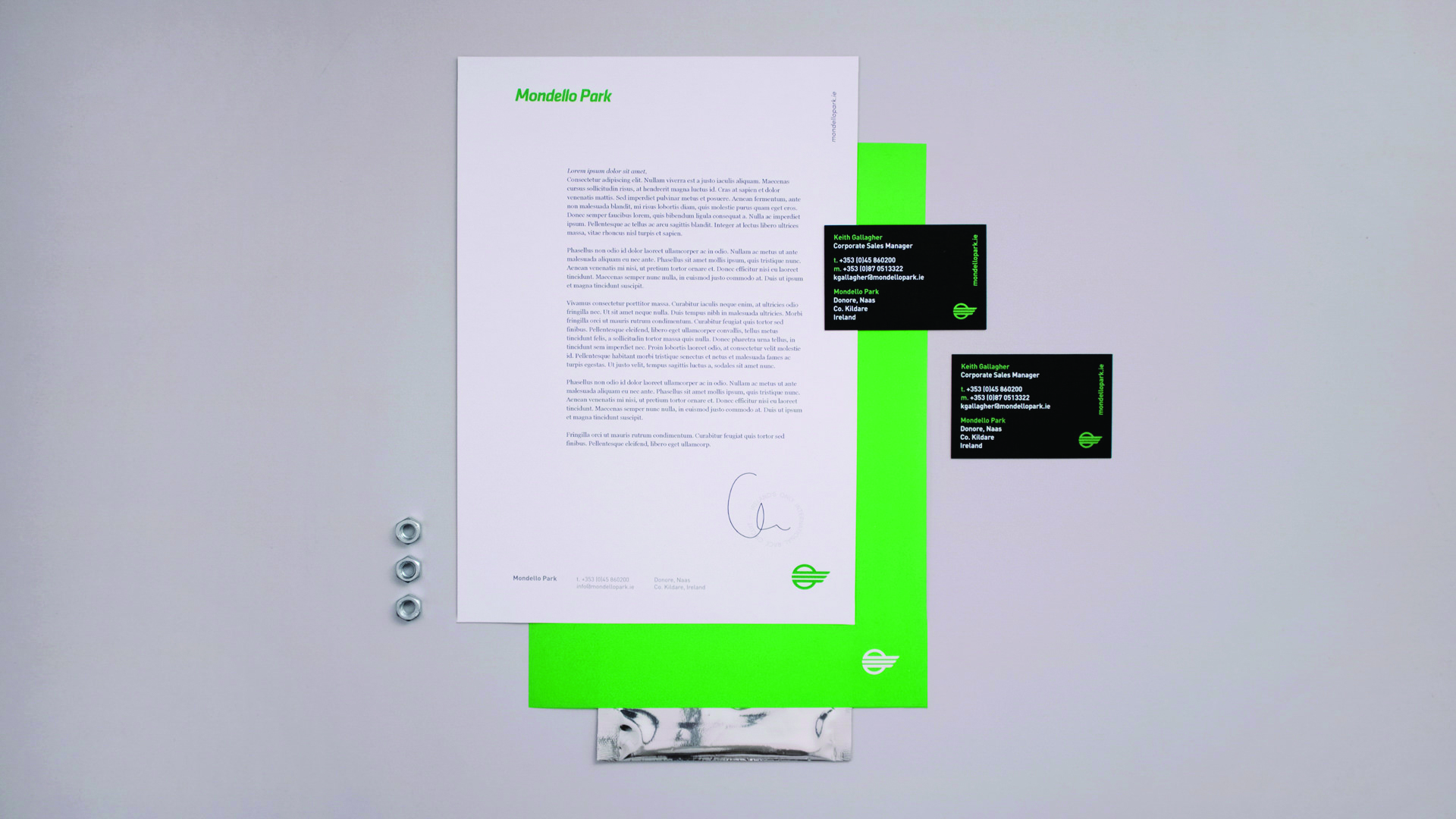 bigO’s rebrand has successfully breathed new life into Mondello and fostered the creation of a single team committed to delivering excellent service to its clients. With Mondello Park now offering more than motorsports, from high-speed drone racing to the circuits’ use as half-marathon race tracks to family fun days and corporate events, bigO’s work has positioned the brand back among Ireland’s top tier. The Mondello Park brand now sits comfortably on the grid alongside the likes of BMW and Audi, just some of the premium brands that bigO’s work has helped it attract.

Moving Up a Gear

As Ireland’s only international motorsport race circuit, bigO had a major player on its hands with Mondello Park.

It was important for us to capitalise on its rich heritage while re-aligning this vintage name to the sensibilities of modern motorsport and beyond. We completely renovated and resurrected the brand from its former old-fashioned style and imbued it with a much more modern and innovative image. We sought to showcase Mondello as an adaptable, savvy brand that offers more than the grit and adrenaline of motorsport, but one that uses its unique facilities, trusted origin and long-standing reputation to provide a variety of experiences.

Our design team developed a comprehensive branding project, a revolutionary change in logotype design and a whole a new strategy too. Visual and verbal identities were also completely recreated to fit the company’s burgeoning new image. With bigO’s logo design encompassing a central starting grid, rounded arches and a sleek, aerodynamic shape, associations with speed and luxury immediately became part of Mondello’s identity. The logo’s circular frame also salutes the core motif in motoring – the wheel. 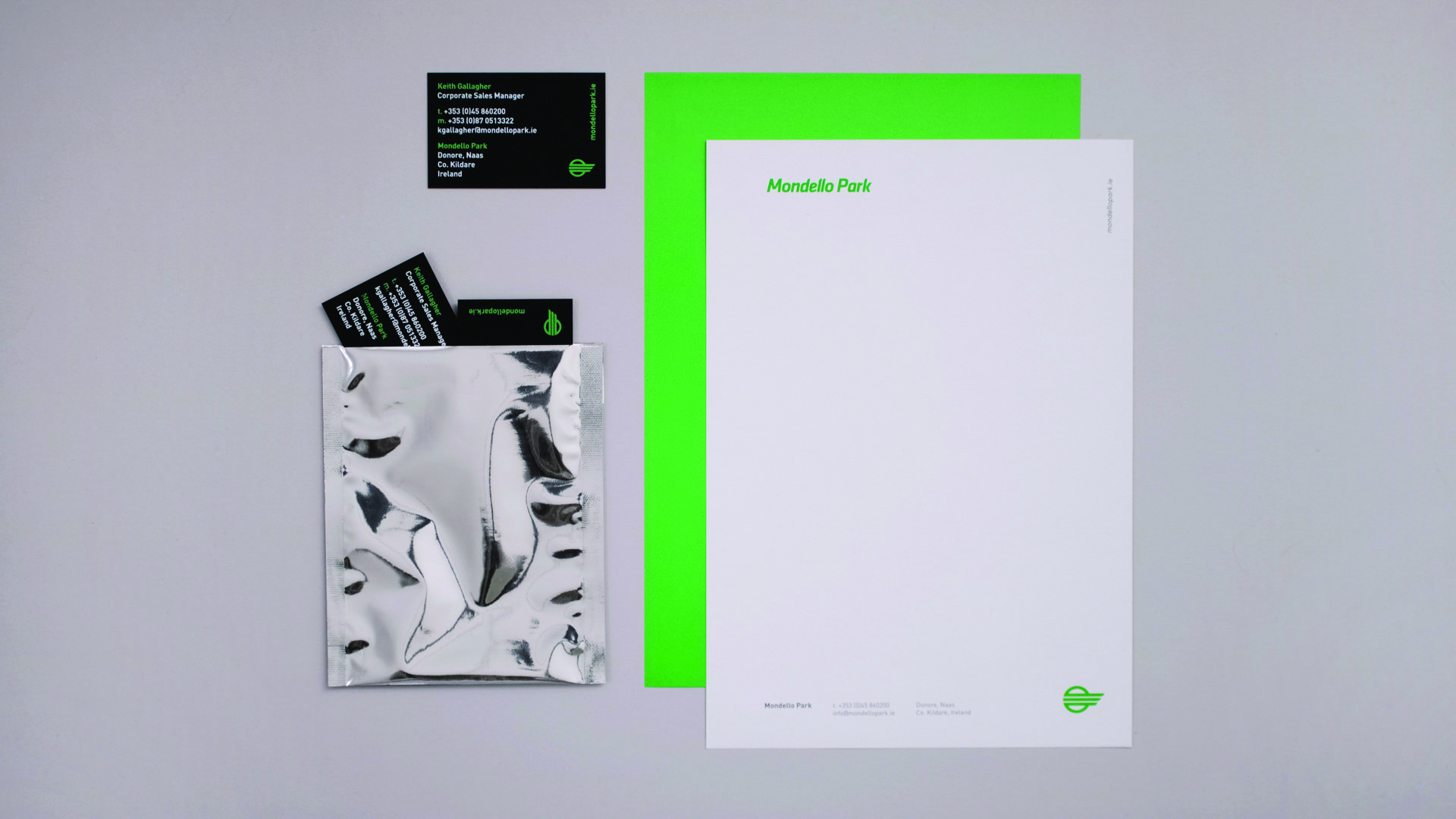 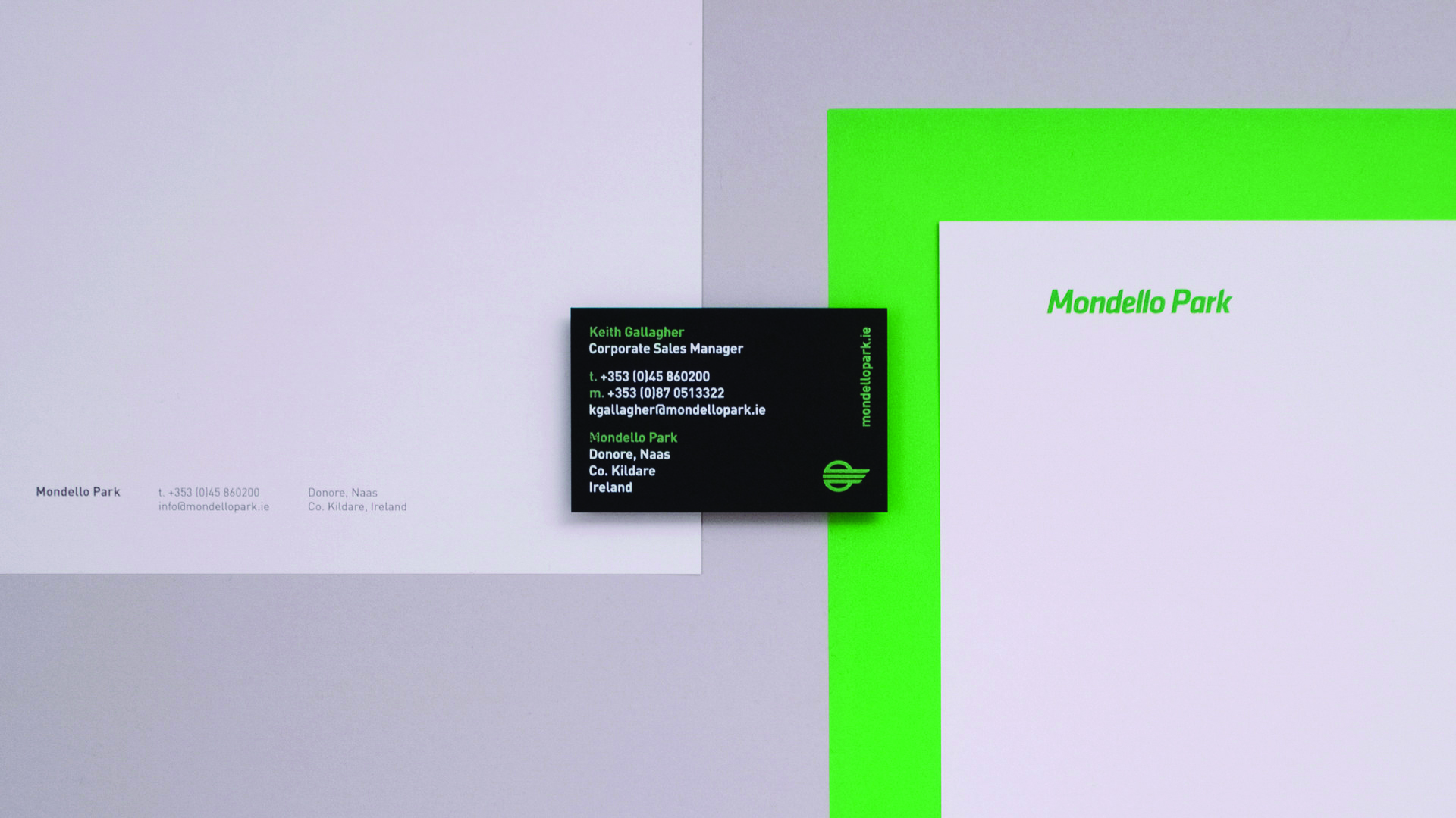 Next Project
Dublin is Waiting